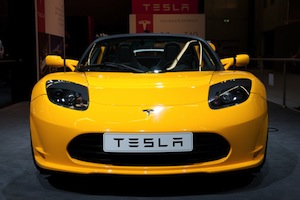 Via this Chinese official website, consumers can apply for test drives. They can also order Tesla's products like Model S and Model X, with CNY250,000 down payments. However, the retail prices for these products have not yet been released.

Prior to this launch, Elon Musk, chief executive officer of Tesla, said they have gained approval from the Chinese regulatory authority to ship to China in January 2014 at the earliest. Chinese consumers can expect to get the cars in February.

In addition, Tesla's Chinese official website uses the domain of Tuosule.cn, instead of the Tesla brand. The Tesla brand was originally registered in China in 2006 by a different company. U.S.-based Tesla then tried to buy this brand for USD2 million while the holder asked for USD30 million. The two parties did not reach an agreement.