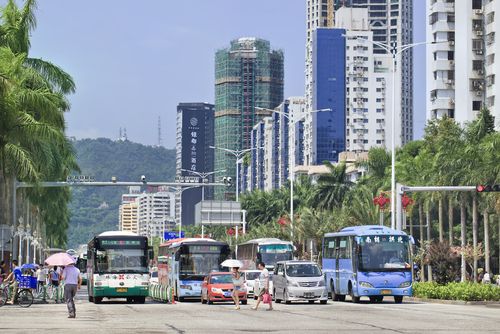 Wal-Mart announced that they will invest about CNY600 million to build a new community shopping center with a total construction area of about 100,000 square meters in Zhuhai, and the company will introduce Sam's Club as the main store within the shopping center.

This is reportedly the first time for Wal-Mart to develop, build and manage a shopping center in China all by itself. The project is expected to be completed by the end of 2015 and will officially start operation in April 2016.

Sam's Club mainly targets first- and second-tier cities in China and its customers mostly have medium and high incomes. A Sam's Club should reportedly have an operating area of over 24,000 squares, 1,000 independent parking spaces, and can reach 700,000 to one million people by 20 minutes' drive.

Wal-Mart currently has about 400 stores in China and most of them are rental stores. Wal-Mart previously formed strategic alliances with Chinese local real estate companies like Wanda and SCP Commercial Real Estate to rent stores at low prices for a period of between 15 and 20 years, which is the foundation of the retailer's initial success in the Chinese market. However, with the rise of competing brands and the increasing rental pressure, Wal-Mart's leading position is challenged and the company has tried to gain its initiative back by purchasing its own land.

According to Wal-Mart, from the second half of 2013 to the end of 2014, the company will close nearly 9% of its stores in China. Although the company will not abandon its hypermarket model, they previously revealed that they would enhance the development of Sam's Club in China over the next three years. Over the past two years, the number of Sam's Club in China increased from six to ten, and new outlets will be opened before the next Chinese New Year in Changzhou and Wuhan, respectively.