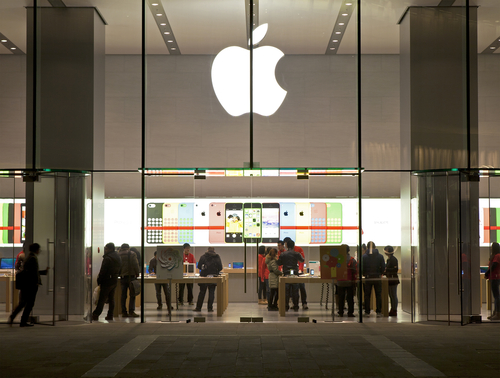 Its new store in Zhengzhou, Henan, has opened to customers and another new store in Hangzhou will be opened on January 24, 2015.

With the opening of the five new stores, Apple will have 20 retail stores in mainland China. Statistics show that Apple currently has 448 retail stores around the world and over one million customers visit those stores each day. Of its owned stores, the Nanjing East store in Shanghai has the largest traffic with daily visits of over 25,000 visitors.

In 2014, Apple CEO Tim Cook said that they planned to increase the number of stores in China to 40 in two years.