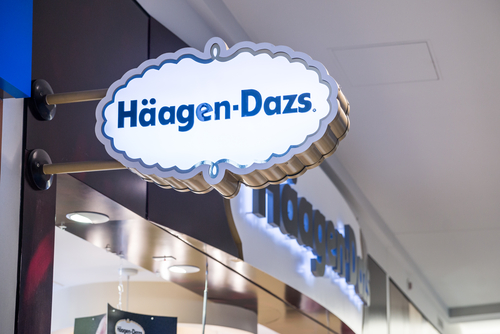 American ice cream brand Haagen-Dazs wants to get a sip of the burgeoning Chinese coffee market.

Haagen-Dazs said that the company has prepared for many years for entering the coffee market. The company will reportedly open independent coffee shops in the future to expand into a bigger market.

Haagen-Dazs' first coffee product will be "rainbow latte", a mix of Haagen-Dazs strawberry ice cream and Italy's Illy coffee, which will distinguish it from other coffee beans in ordinary coffee chains. Apart from "rainbow latte", the company will provide more options in the future, including mocha latte, vanilla latte, chocolate latte, and espresso latte. Haagen-Dazs believes that coffee with ice cream features will attract young coffee drinkers in their late twenties and early thirties.

An executive from Haagen-Dazs told local Chinese media that over the past few years, Haagen-Dazs had positioned itself as the Rolls-Royce of ice cream in China. However, the strategy is no longer working for young consumers in China. The new mixed coffee product is expected to create unique coffee experiences for consumers.