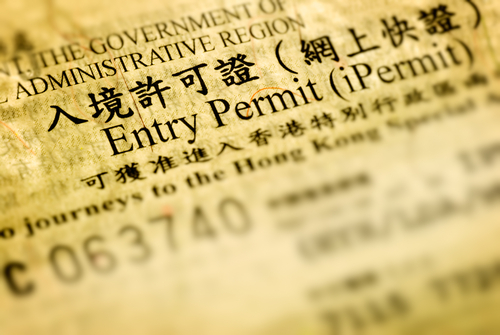 The notion of "one country, two systems" has come into starker contrast over the past week, as protests in Hong Kong against mainland tourists have risen in stature.

As China welcomes the Year of the Goat and a one-week holiday for mainlanders sends over 210,000 Chinese into Hong Kong, hostility towards mainland shoppers has erupted into protests in shopping malls in Sha Tin and Tuen Mun over the past few weeks. The protests focus largely on parallel trading which is when mainland Chinese will often purchase large amounts of cheaper goods in Hong Kong to sell back in mainland China.

Hong Kong protesters quoted in local media have decried the practice of parallel trading because it empties shelves and sometimes increases prices of goods in Hong Kong.

These latest shopping protests come on the heels of reports in the past year of mainland Chinese tourists in Hong Kong urinating in public and of the Umbrella Movement's civil disobedience that lasted for many months.

The Hong Kong government has not formally issued any word if there will be additional quotas and limits on the mainland arrivals into Hong Kong.