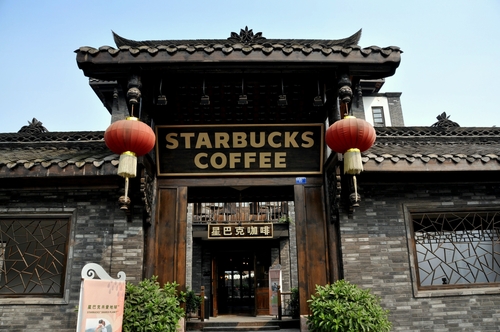 Starbucks and Chinese food and beverage maker Tingyi Holding Corp. announced that the two parties have signed a cooperation agreement under which Tingyi will manufacture and expand distribution of Starbucks ready-to-drink products in mainland China.

According to the agreement, Starbucks will provide coffee raw materials, brand promotion, and product innovation; Tingyi will be responsible for the manufacturing and sales of Starbucks ready-to-drink products in mainland China.

China is reportedly Starbucks' fastest growing market outside America. So far, China's ready-to-drink coffee and energy drinks market scale is about USD6 billion and it is expected to increase by 20% over the next three years.

John Culver, Starbucks China and Asia Pacific president, said that they are pleased to work with Tingyi, a leader in China's RTD beverage category, to unlock the massive ready-to-drink market and grow local demand for Starbucks.

At present, Starbucks operates over 1,500 stores in nearly 90 Chinese cities.