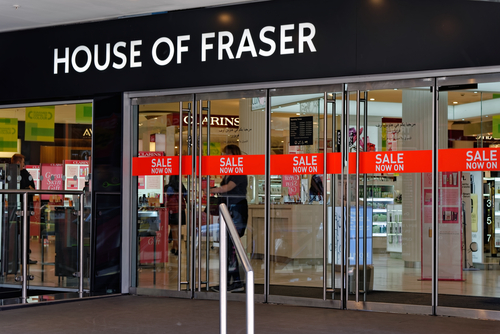 British department store brand House of Fraser will officially enter the Chinese market and its first batch of stores will be located in Nanjing, Xuzhou, and Chongqing.

In April 2014, HOF was acquired by Nanjing Cenbest, a subsidiary of China Sanpower Group. With the transaction, Cenbest gained a 89% stake in this U.K. department store brand for GBP430 million. One year after the acquisition, HOF finally decided to enter the Chinese market.

Sanpower Group will convert Cenbest's Orient Department Store in Nanjing into a new HOF store. With a business area of about 25,000 square meters, the new store is expected to be launched in April 2016.

Founded in 1849, House of Fraser is one of the oldest department stores in the U.K. and it also supplies products to the Royal family. Before being acquired by Cenbest, HOF had 61 chain stores in England and Ireland. Positioning as a medium- and high-end fashion department store, HOF boasted annual sales of GBP1.2 billion.