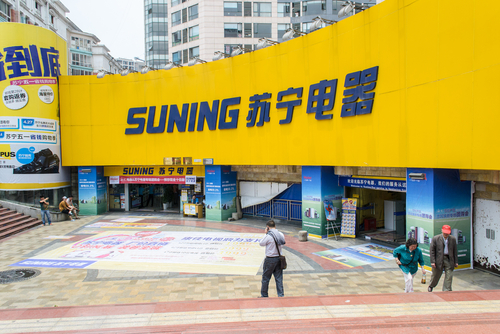 With the construction of the new headquarters, Suning will move some functions, including Internet retailing, PPTV, internationalization, financial investment, research, and human resources, from its existing Nanjing headquarters to Shanghai to enhance its diversified industrial development and to accelerate Internet retail development.

Fan Zhijun, Suning Commerce's vice president and general manager of Suning Shanghai, said that Shanghai is an important strategic region for Suning's expansion. The group has already established PPTV, finance, and research and development center platforms in the city.

The company's first Suning.com cloud store in Shanghai was launched in April 2015. In addition, the company is preparing an O2O supermarket in Shanghai to introduce a new choice to the city's fashion life.

The Suning Shanghai Fengxian logistics base was officially put into operation in May 2015, with a total area of 250,000 square meters. Moreover, during the second half of 2015, Suning will prepare for the building of its next-generation open smart logistics platform in Shanghai.