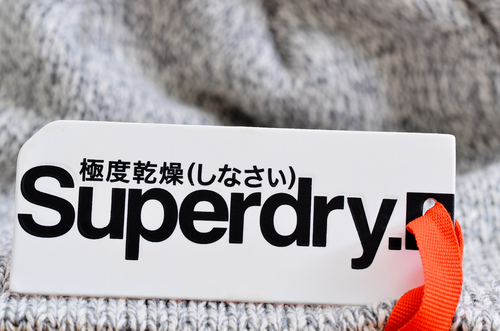 SuperGroup, the parent company of British fashion brand Superdry, will soon reach an agreement with its Chinese partner to develop retail options for the Chinese market.

At present, SuperGroup only has one flagship store locating in Hong Kong for the Greater China region and the group does not have physical store in mainland China. However, they have an online store and Tmall flagship store, and provide direct shipment from Britain.

As an important global fashion marketplace, China has reportedly been included in SuperGroup's international development plan for a while.

SuperGroup will soon publish its annual financial report and its Chinese expansion plan is expected to be revealed in the report.

During the financial year ended April 25, 2015, SuperGroup's total sales reached GBP484.7 million, a year-on-year increase of 12.5%. Its retail channel, which realized a 16.7% sales increase to GBP332.8 million, was the group's major growth drive. Meanwhile, its individual store sales saw a 4.8% increase; and its wholesale channel saw a 4.5% increase to GBP151.9 million. By the end of the reporting period, SuperGroup had 178 stores around the world, a net increase of 39 stores compared with the same period of previous year.