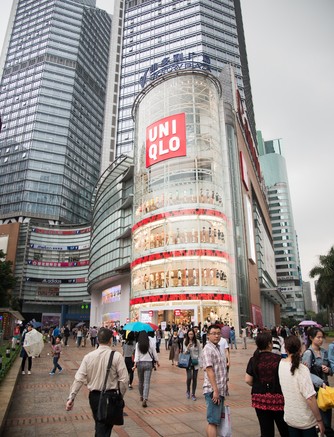 Japanese apparel retailer Uniqlo ceased operations of its flagship store on JD.com on July 20, 2015, after only three months of operation.

As Uniqlo is the first international apparel brand that entered JD's warehousing system, JD also came across difficulties in providing more detailed product batch management services. To support Uniqlo, JD offered whole-process services from warehousing to delivery as well as full-channel operating supports covering PC and mobile devices. In addition, JD established an exclusive warehouse for Uniqlo in Shanghai which can store up to one million sets of clothing. The warehouse boasted efficient delivery services across China and consumers in some regions can receive the delivery in only six hours.

However, Uniqlo announced to close its JD flagship store unexpectedly after merely three months' operation. In regards to the decision, Uniqlo explained that the two parties aimed to provide the best services to customers, but they found issues that need to be further discussed and improved during the operating period. According to the e-commerce strategy adjustment of Uniqlo, the company gained JD's consent to terminate their existing cooperation.

At present, Uniqlo's online sales channels only include its official website and Tmall.com flagship store.

Be the first to comment on "Japanese Retailer Ends Online Deal In China With JD.com"