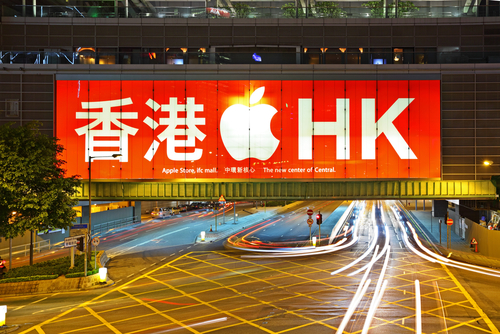 Located at No. 100 Canton Road, Tsim Sha Tsui, the new Apple Store has 280 retail employees and the total number of employees working at Apple's retail stores in Hong Kong has now reached 1,500.

The Tsim Sha Tsui Apple Store is designed by California company Foster and Partners. It has a transparent appearance and its laminated glass is about 45 feet high from the bottom to the top.

Over the past four years, Apple's previous three stores in Hong Kong received over 30 million consumers.

So far, Apple has developed 457 stores around the world, including 23 stores in Greater China. China is reportedly Apple's second largest market, following the U.S. The company has 19 retail stores in ten cities in mainland China and they plan to add 40 new stores in this marketplace by mid 2016.