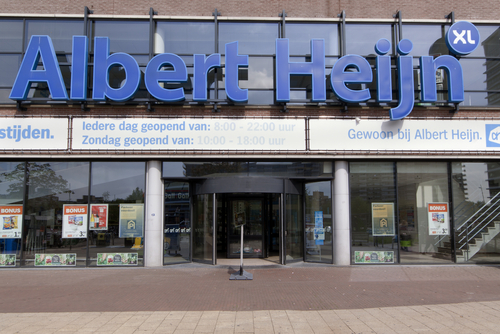 With a history of nearly 130 years, Albert Heijn operates nearly 1,000 supermarkets in Holland. Its Tmall.hk flagship store will provide consumers with maternal and baby health food, including Dutch infant formula and baby care products, as well as personal care products.

Holland is known for its windmills, tulips, cheese, and food security standards. Since 1887, Albert Heijn has been providing high-quality, reliable and innovative products to Dutch consumers and gradually developed into a well-known brand in the country. At present, the company is one of the largest online and offline food retailers in Holland. Albert Heijn's parent company is Ahold Group, which is a strong international retail group. In 2014, Ahold Group's sales reached EUR32.8 billion, which was about CNY238.65 billion.

Hanneke Faber, chief executive officer of Ahold Group's online business, said that for nearly 130 years, Albert Heijn has been committed to offering affordable and extraordinary products to consumers and they are proud of it. In addition to the Dutch local market, the company expanded its business into Belgium in recent years. Faber said they are glad to cooperate with Alibaba Group to bring those affordable and extraordinary products to Chinese consumers.