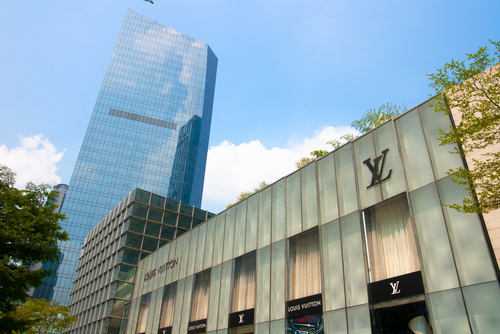 Has the bubble of Chinese buying copious amounts of luxury goods popped?

With this move, the company will only have about 50 stores remaining in the Chinese mainland market.

LV will close more stores in China over the next few months. Until recently, the company had two or three stores in cities like Harbin and Shenyang. However, an insider revealed to local Chinese media that the company planned to close stores in those cities.

Over the past few years, luxury brands got used to the increase of store numbers in China and every luxury store closure has become big news. In 2014, Hugo Boss shut seven stores in China and Burberry closed four. Since the beginning of 2015, Prada has closed about 30% of its stores in China, reducing the total number to 33; Armani's store number in China decreased from 49 to 44; and Chanel currently only has 11 stores in the country, which is half the number of its peak time.

Be the first to comment on "Louis Vuitton Closes China Stores"