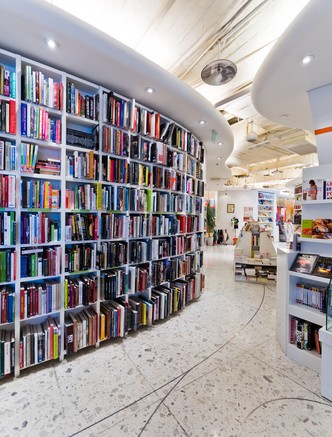 Its first bookstore will reportedly open in Changsha, Hunan, in December 2015. With an area of 1,200 square meters, this bookstore will provide the same prices as its online store.

According to Dangdang.com, its chief executive officer Li Guoqing previously communicated with founders of several bookstore chains in China about the unified price between physical stores and its online store. Meanwhile, Li promised to provide gross margin protection to those bookstore chains.

However, due to the impact of e-commerce, Chinese physical bookstore market suffered declines over the past few years. Statistics provided by OpenBook, a Chinese book retail market research firm, show that from 2008 to 2010, the growth rate of China's ground bookstore channel was lower than 5% for three consecutive years. The growth rate was back to about 6% in 2011, but it saw decreases in 2012 and 2013.

Be the first to comment on "Dangdang.com Plans 1,000 Physical Bookstores Over Three Years"