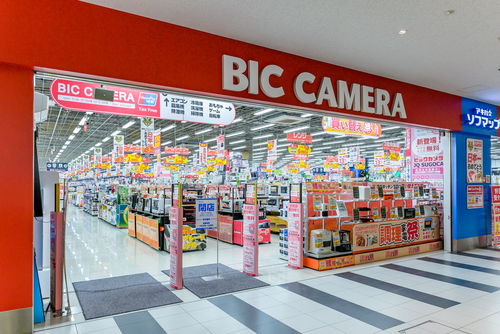 Chinese electronics and home appliances retailer Gome reached a deal with Japanese retailer BIC Camera for the sale of overseas products in Gome's physical stores as well as on its e-commerce platform.

In July 2015, Gome established a Japanese branch responsible for cooperating with local retailers in Japan and seeking popular products suitable for the Chinese market. Gome revealed that in the future Gome will not only sell overseas products in its nationwide stores, but also will add other store forms such as community supermarkets and shopping centers. In the next three years, Gome plans to increase 500 offline physical stores and add South Korea hall and Australia hall in addition to the Japan hall.

BIC Camera is mainly engaged in the electrical business; meanwhile, its businesses also cover daily commodities, pharmaceuticals, toys, and even bedding products. In 2014, the company realized sales of JPY795.3 billion, which was about CNY41.6 billion, ranking second in the Japanese home appliances retailing industry.

With the weak economy in Japan and the increasing demands of Chinese tourists, many Japanese companies have decided to enhance development of the Chinese market. Compared with platforms like Alibaba, the expense of opening stores with Gome is lower. By cooperating with Gome, BIC Camera will also be able to control costs and lower product prices.