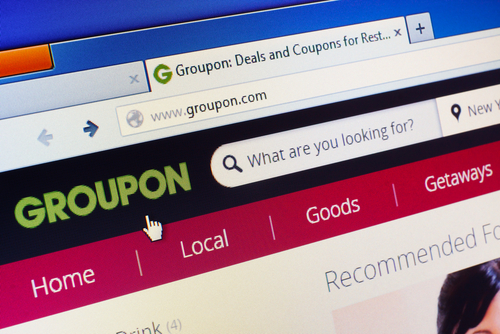 Groupon has been listed for over four years and its market value shrank by about 86% during that time.