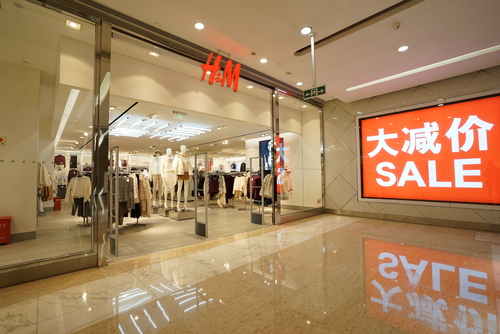 H&M announced that its global net profit for the first quarter of 2016 decreased by 30% year-on-year to SEK2.55 billion. Yet, the company will still open more retail stores in China in 2016.

H&M revealed that the warm weather in 2015 led to the overstocking of its winter clothing. To reduce the amount of inventory, the company launched excessive discounts, which caused a dive of its gross margin to 55% in the first quarter of 2016. Meanwhile, due to the increase of procurement costs, its pre-tax profit also dropped by 29.6%.

However, H&M Group said that they will continue to expand traditional stores across the world in 2016 and open new stores in the first- and second-tier cities in China. At the same time, the company will develop e-commerce services and hopes to realize complementary growth within both e-commerce divisions and physical stores.