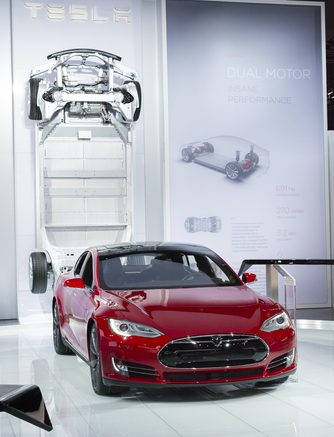 Tesla will reportedly build ten new stores in China in 2016. At the same time, the company will stick to a direct sales model, which is the core model of Tesla. At present, Tesla's new cars need to be booked via its official website and the cars will be delivered to physical stores.

So far, Tesla has opened 17 experience centers in China, covering North China, East China, and South China. Those experience centers are mainly located in first-tier cities, including Beijing, Shanghai, Guangzhou, and Shenzhen, and some are in Hangzhou, Chengdu, and Xi'an.

Zhu Xiaotong, head of Tesla China, said that the company will continue to develop within the market of first-tier cities in the future. On one hand, the potential of those super cities has not been fully explored and they can still digest Tesla's capacity; on the other hand, it is complicated to expand into a new city. Therefore, Tesla will seek stable development based on existing sites.

During the opening ceremony of this new store, Tesla's new Model S also made its debut in China.