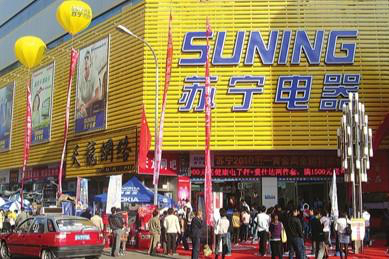 Suning Commerce Group recently published a report for its performance in the first half of 2016, stating that Suning's total operating revenue was CNY68.72 billion, a year-on-year increase of 9.03%.

Suning said that during the reporting period, the company's retail sales scale saw a year-on-year increase of 14.10%. Meanwhile, its total trade scale of physical goods on online platform were CNY32.757 billion, a year-on-year increase of 80.31%, of which sales of owned goods were CNY25.631 billion and trade scale of open platform was CNY7.126 billion.

The report also showed that by June 30, 2016, Suning had 1,588 chain stores. Its distribution network covered 351 prefecture-level cities and 2,852 county-level cities across China.