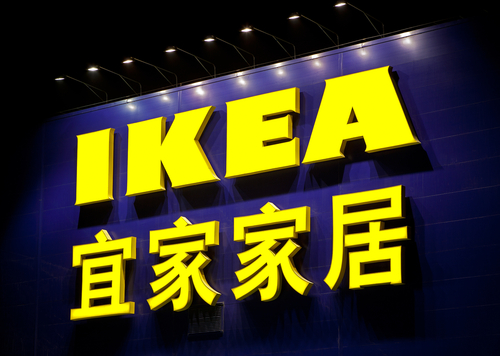 Ikea China announced that the company will launch its e-commerce business at the end of August 2016 and this business will first begin trial operation in Shanghai.

With the new e-commerce service, consumers can login to Ikea's official website and purchase products via the shopping cart portal. Ikea's online and offline products will maintain the same categories and same prices.

Prior to this, Ikea launched its e-commerce business in over ten overseas countries. In May 2016, Ikea China revealed to the local media that the company is expected to launch a multi-channel sales plan covering e-commerce in the second half of 2016.

Zhu Changlai, retail president of Ikea China, said that Ikea's e-commerce platform currently uses Ikea's own official website and the products will be delivered by Ikea's suppliers. As Ikea's entry point in China, Shanghai has three Ikea stores and relatively mature warehousing and logistics system. Therefore, the company will first implement trial operation in Shanghai and gradually expand its e-commerce business to more Chinese cities. However, no detailed timetable is available.

At present, Ikea has 20 stores in China and the company opened three new stores every year over the past two years.