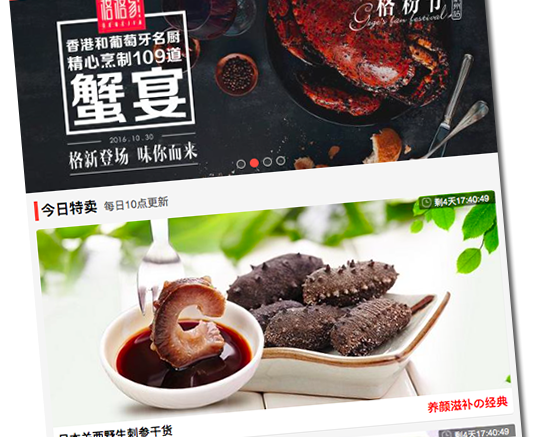 Gegejia.com, an online high-end food platform in China, recently announced that the company had completed its series A+ financing round of about CNY100 million, which was led by GF Xinde Investment Management and participated by Shunwei Capital Partners and PingAn Ventures.

Mo Honghui, co-founder of Gegejia, said that the company will use the new capital to build a more complete upstream supply chain, enhance team construction, optimize its product structure, and launch its own brand to improve user experience.

Gegejia was established in March 2015 and it targets high-end users and the middle class. As one of many providers who focus on the food segment market in China, Gegejia currently offers over 5,000 kinds of products. With over one year's operation, the company claims to have developed more than ten million quality users; its monthly active user totals reached over three million; its single order amount is over CNY230; and its rate of repurchase within 60 days is over 50%.

According to Li Xiao, another founder of Gegejia, the company enhanced food product category expansion, user operations, and team construction after gaining angel investment from Matrix Partners and series A funding led by Shunwei Capital Partners. The company achieved more than 400% sales increase over six months.