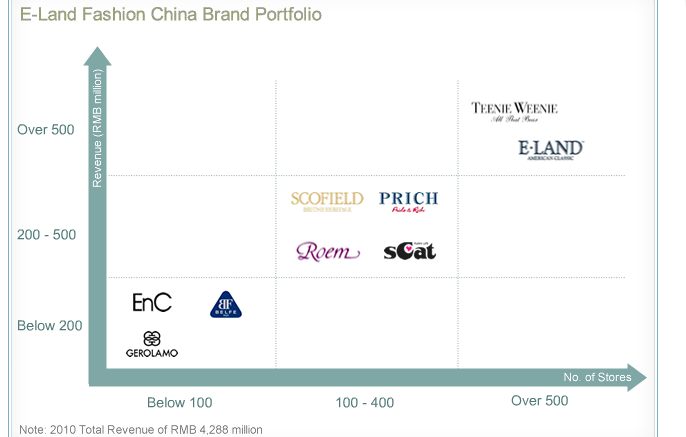 Eland started tapping the shopping center market in China from January 2016. By cooperating with Parkson, the company aims to transfer traditional department stores into city outlets. For the next step, Eland will cooperate with other department stores and shopping malls in China, aiming to open ten shopping centers in this marketplace before the end of 2016. For the year 2017, the company aims to have over 30 outlets and by 2020, they aim at 500 outlets and sales scale of CNY200 billion.

Eland Group has 56 Newcore Outlets in South Korea. The company plans to bring its successful operating model and experience into China and transfer traditional department stores into city outlets to attract young consumers.

At present, Eland has opened two shopping centers in China, one cooperating with Parkson in Shanghai and the other cooperating with Hualian in Chengdu. In addition, Parkson previously closed a store in Nanchang in September 2016 and said they will team with Eland Group to implement transformation and upgrades for the store.