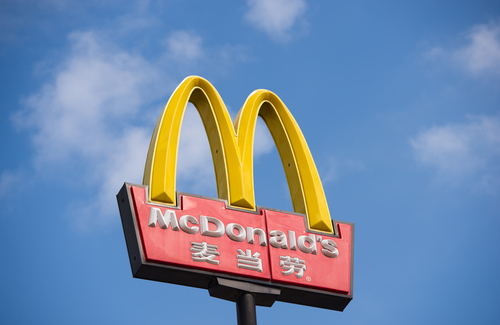 American fast food China McDonald's was prey to a fast investment deal cooked up by CITIC and Carlyle Group.

CITIC Ltd. and its alternative investment unit CITIC Capital Holdings. have teamed up with the Carlyle Group to acquire McDonald’s mainland China and Hong Kong business for up to US$2.08 billion to revamp and grow the U.S. fast-food giant's operations in China.

After the completion of the transaction, CITIC and CITIC Capital will have a controlling stake of 52%, while Carlyle and McDonald’s will have interests of 28% and 20%, respectively.

The four companies have formed a partnership and company that will act as the master franchisee responsible for McDonald’s businesses in mainland China and Hong Kong for a term of 20 years.

As part of its turnaround plan announced in May 2015, McDonald’s is aiming to re-franchise 4,000 restaurants by the end of 2018, with the long-term goal of becoming 95% franchised. As a result of this transaction, McDonald's is re-franchising more than 1,750 company-owned stores in China and Hong Kong.