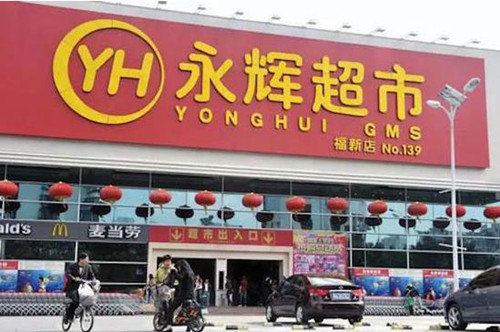 The revenue increase is mainly attributed to the company's management structure optimization and cost control enhancement. In addition, during the reporting period, the company gained non-operating income by transferring equity of Lianhua Supermarket; and they also gained interest via flexible use of account funds.

In 2015, the supermarket retailer reported total operating revenue of CNY42.145 billion and net profit of CNY600 million. It opened 62 stores, excluding membership stores, during the year.

For the year 2017, Yonghui will continue to accelerate new store expansion while developing its community convenience stores.

Be the first to comment on "Yonghui Supermarket Predicts 105.23% Net Profit Growth For 2016"