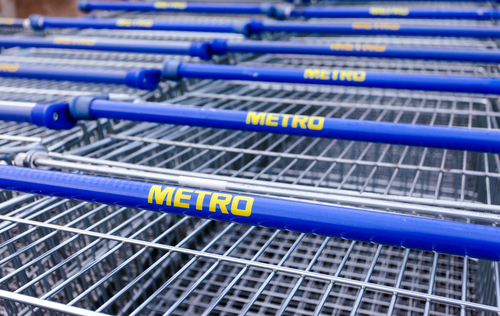 Located in Jinan's Huaiyin district, Metro's new supermarket started construction on November 15, 2016. So far, its main steel structure has been completed and main ceiling installation is nearly completed. With an area of 7,900 square meters, this new store is expected to open in August 2017.

Metro's entry into Jinan will boost Jinan's business community and its cash and carry business model will lift the grade and competitiveness of the service industry of the city.

Metro entered Shandong province in 2001; however, the company only opened one store in Qingdao over the following ten years. After 2010, Metro accelerated its development in Shandong and opened stores in cities like Yantai, Zibo, Linyi, and Weifang.

At the same time, Ikea's new store in this area of Jinan will also start operation in August 2017.