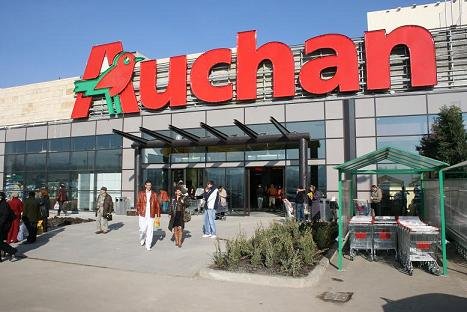 Auchan and Jingdong Daojia hope to integrate the online and offline advantages of the two parties to jointly provide Chinese consumers with better department store and supermarket O2O shopping experiences.

The trial operation will cover Auchan's certain stores in Beijing and Shanghai and Dada will be responsible for the delivery of all orders. Starting from April 2017, this project will be gradually expanded in Auchan stores in nine cities, including Beijing, Shanghai, and Ningbo.

France's Auchan Group was founded in Lille in 1961 and it is the second largest business group that focuses on food retailing in France. In 1997, the company formally entered the Chinese market and it opened its first large supermarket in Shanghai in 1999. By 2016, Auchan had 75 large supermarkets and over 20,000 employees in more than 30 cities across China.

Be the first to comment on "Auchan Formally Enters Jingdong Daojia"