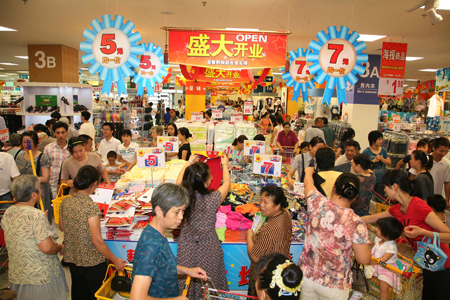 E-mart will reportedly fully withdraw from the Chinese market.

There were rumors in recent months that E-mart would close its Chinese business, and now reports in South Korean local media state the company has made the decision to end its China incursion. Chung Yong-Jin, vice chairman of South Korea's Shinsegae Group, recently revealed the news after an employment fair.

E-mart only has six stores left in China and all those stores are located in East China, including four in Shanghai, one in Wuxi, and one in Kunshan. For the entire Chinese retailing market, the shutdown of the six stores does not have much influence on the company, but it means a lot to the South Korean retailing giant to withdraw from the Chinese market.

E-mart is the first major South Korean retail brand to enter the Chinese market and the company opened its first Chinese supermarket in Shanghai in 1997. Starting from 2011, E-mart implemented structural adjustments to its Chinese business due to poor operating performance and began to sell or close outlets. At the end of 2016, it also shut down Shanghai Quyang store, the retailer's first supermarket in China.