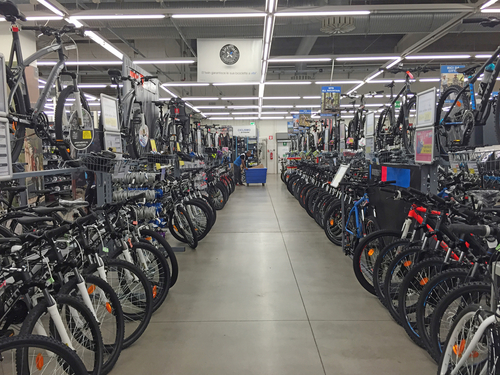 Located in Grand Plaza, Mong Kok, the new Decathlon store will provide over 10,000 kinds of products for over 70 sports, including climbing, fitness, running, golf, diving, and skiing.

Prior to this, Decathlon already operated businesses in Hong Kong as a manufacturer., but not as retailer, to the chagrin of Hong Kong shoppers. Google Maps often displayed Decathlon's office in Kowloon as a retail outlet, and this caused confusion for shoppers who hoped to visit a Decathlon retail outlet. The best method for Hong Kong shoppers to purchase Decathlon goods was to either visit the nearby Chinese city of Shenzhen or order goods online via Decathlon's Taobao.com e-commerce shop.

In 2015, Chinese media reports that the French company officially launched its e-commerce store in Hong Kong by establishing a dedicated website and online sales platform, but the company appeared to provide poor communication to consumers about this store because many were unaware of its existence and had to instead purchase from Taobao.com. With the opening of this new physical store, Decathlon expects to offer its complete sports ideas and unique shopping experience to residents in Hong Kong.

According to Decathlon's report published in February 2017, the company realized global operating revenue of over EUR10 billion in 2016, representing a year-on-year increase of 4.4%. By the end of 2016, Decathlon had 1,176 physical stores in 28 countries and regions around the world.

In the Asia Pacific region, Decathlon values the Chinese market the most. The company has a full industrial chain layout in China, covering product design, research and development, production, logistics, brand, and retail. Based on its experience in China, Decathlon also opened physical stores in Thailand, Malaysia, and the Philippines. The company plans to enter Australia in October 2017.