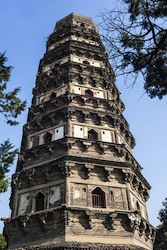 Based on its plan, the store will be capped in August, completed construction in November, and opened in December 2021.

Public files show that Costco (Suzhou) Trading Company was established in January 2020 with a total investment of CNY1.266 billion and registered capital of CNY422 million. It is 100% owned by Costco. In April 2020, Costco Suzhou gained the 2020-WG-20 plot for CNY142.543 million during an auction.

The Costco Suzhou store is the brand's third outlet in mainland China and Suzhou also becomes the second Chinese mainland city to have Costco following Shanghai.