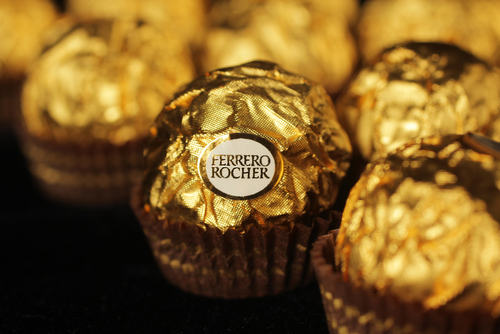 Chocolate maker Ferrero announced plans to build its first plant in China in the first half of 2015.

According to Ferrero's financial report for 2014, the company is investing in a CNY5 billion project in China and the company has established a subsidiary in Hangzhou. Public files show that Ferrero's new plant is located in Xiaoshan, Zhejiang province. On its completion, the plant will produce 30,000 tons of chocolates and candies annually and its annual sales are expected to reach over CNY5 billion.

As the fourth largest chocolate maker in the world, Ferrero created its Chinese official distributor in early in 1994 and set up offices in Guangzhou and Shanghai; however, the company only started its localization process in China last year.

Rival chocolate giant Mars has over 2,000 employees and two chocolate factories in China. The company also established a global food security center in the country. Hershey's built its first manufacturing base in China by joint investment in 2007. In 2014, Hershey's acquired Golden Monkey, a Chinese local candy maker, to further promote its localization.

1 Comment on "Ferrero Will Build Candy Factory In China"