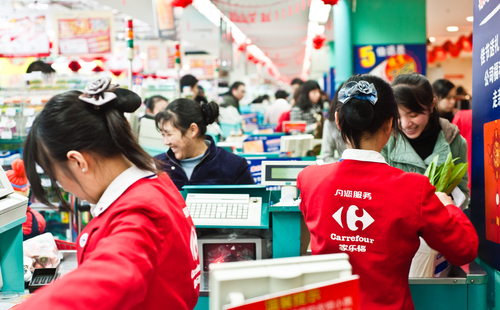 The world's leading supermarket retailer Carrefour announced that the company will enhance investments in logistics distribution centers in mainland China over the next two years.

By the end of 2016, Carrefour will have six modern distribution centers in the Chinese mainland which will lead the Chinese retail industry sector by construction scale and speed-to-market.

Carrefour's Kunshan logistics distribution center, which has already been completed, covers 60 hypermarkets in Jiangsu, Zhejiang, and Shanghai. It adopts the world's most advanced voice picking system, which boasts a voice picking accuracy of 99.97%.